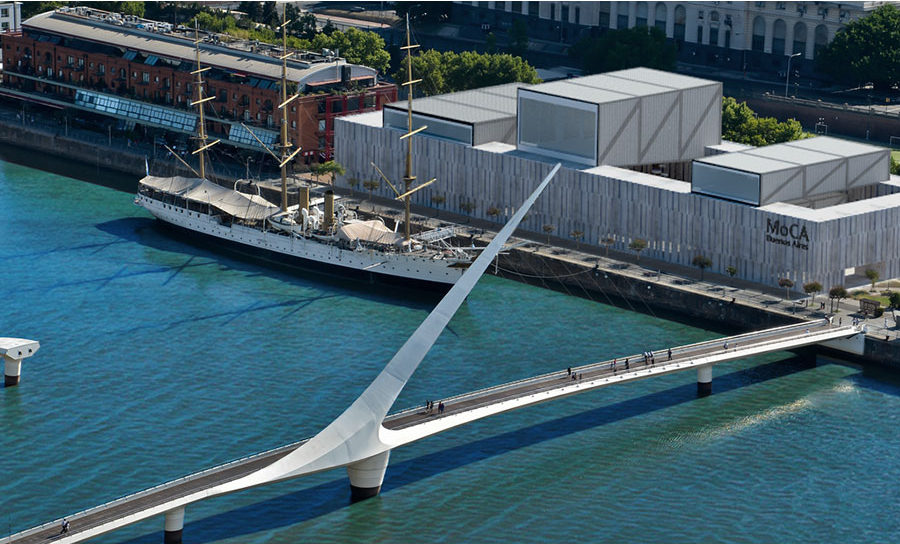 When a space gets something different an enclosure takes shape, becomes material and defines a place that transform itself into a moment.

When a place becomes something other than an enclosure, contains life and this is where you enter the colourful world of culture and entertainment, arts and leisure, public space and (inter)personal relationships.

And then a square that exists by the strength of that enclosure introduces visitors in a mixture of dancing, sculpture, concerts and games, and this introduces inside the inhabited wall that further separates a second, but real, interior space, that by its linear nature articulates progressively all the entire service and public functions accompanying visitors to the entrance of the exhibition by two lifts that stand by the large openings for access to the enclosure.
Before coming to the large volumes that wrap the entire void of the square, the intermediate level introduces the world of contemporary aesthetics giving way to an exhibition structure that, contrary to the monumentality of the architectural body, is revealed as a continuous space with no sequential compartments. A ring which is proposed as a large blank canvas on which sculpture, painting, performances and videos talk about the story of the contemporary world. To crown the large inhabited wall, volumes across the entire square from side to side and generate several alternative paths at different altitudes along this great journey of contemporary art.