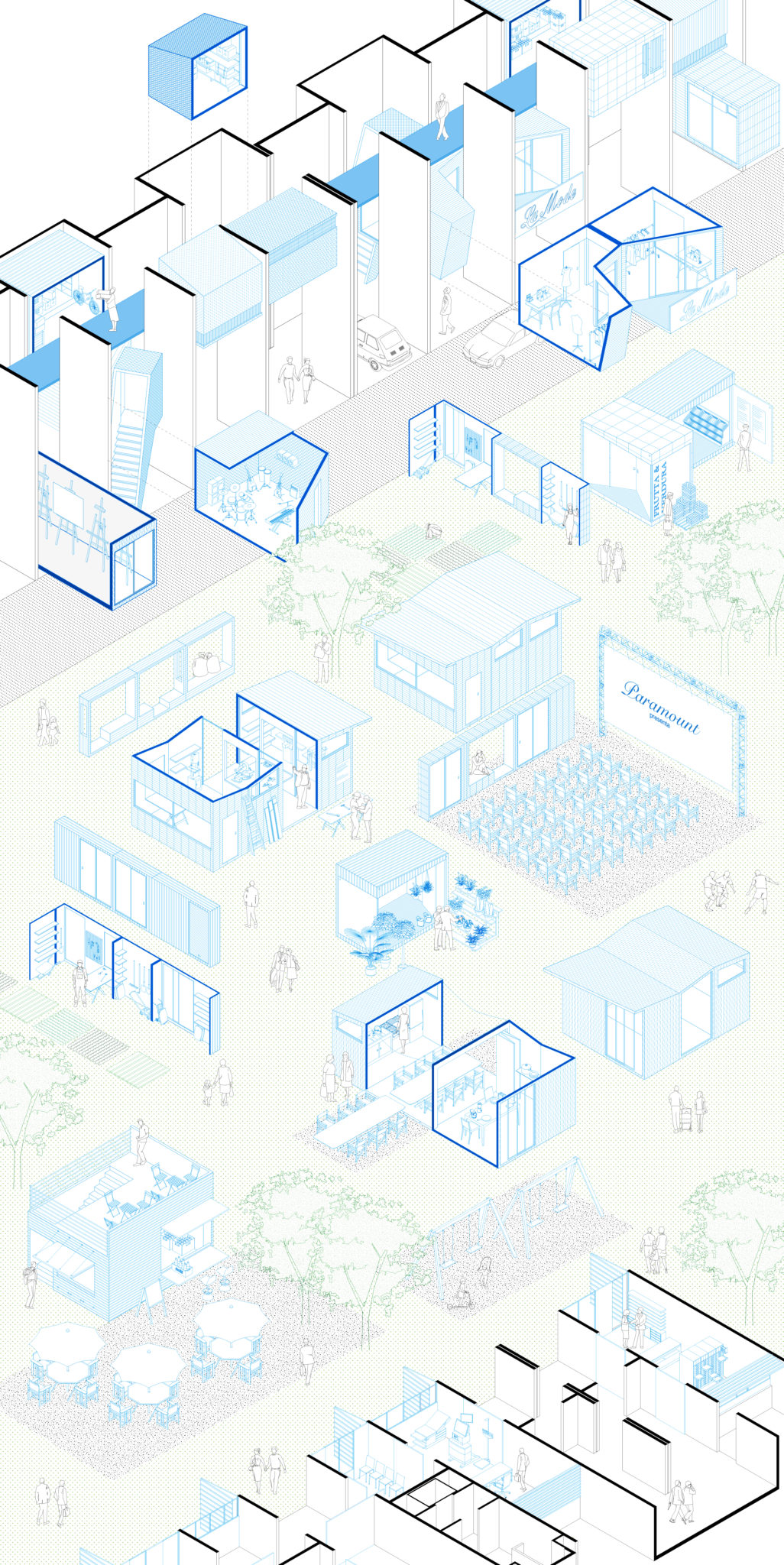 A consideration about italian suburbs, the laws that regulated them, their evolution in the first half of the 20th century, the design mistakes involved and the development process undertaken nowadays.

The period of construction of huge suburban complexes started, in Italy, from Ina-casa period and continued for many years with the Law 167/62. In these periods were tested different models of intervention following the idea of “urban utopia” about the “biggest dimension”; so we can identify some types: from a bigger residential block that have inside it all the services to an urban planning where the different funcions have independent and distinct areas. However, in all of these types predominate the “out of scale” of builings, the monotony repetition of housing model and the lack of cohesion of the building fabric where the open spaces are unresolved or unfinished.

If the firsts huge suburban complexes were built to fulfill the housing necessity, nowadays the real problem is how to integrate them with all the services. From there, the suburbs redevelopment takes place trying to densify them, working on the public spaces and on their quality. The requalification of entire suburbs areas becomes the perfect field where a multidisciplinary approach can reinvent those parts of the city as “new active centers” able to deploy different polarities on the territory, transforming entire areas into what we can call “The Contemporary Public Space”.

This work researches, with a not demiurgical process, a methodology that allows to operate in the Pegli 3 area of Genoa in Italy, understanding that simple and delayed actions are not enough to solve, alone, the whole critical existing issues.
After a first analysis about the volumetric and spatial structure of the buildings complex, the second step of my reserach was about understanding how, the people who are living in this neighborhood, had modified parts of the buildings or places which, in the original project, were destinated to public activities and never realized. I want to reach how the inhabitants, through small trasformations into the rigid structure of these buildings, have reinterpreted a social and an housing model that has been imposed from above.

I strongly support the uselessness of destroying and rebuilding entire complexes with the same concrete form.
However I argue that there is a metodology that focuses on the re-use and on the transformation of the unfilled, not solved and never finished areas and, for that, the identification of those places able to become the catalysts of a different way to live the public space.
I strongly support how aberrant is to think of the suburbs as an organ rejected by the urban system.
I pursue the introduction of integrated systems as a concrete answer to the inner shortages of both project and execution and of all those missing qualities through small solutions. They have to coexist without overlaying wuth each others.
My proposal consideres a micro-stucture system that can generate reversible choices seeking the flexibility of collective spaces and their adaptibility to new usages generated by the interactions between the inhabitans.

Selected  for the National selection of Archiprix Italia 2013