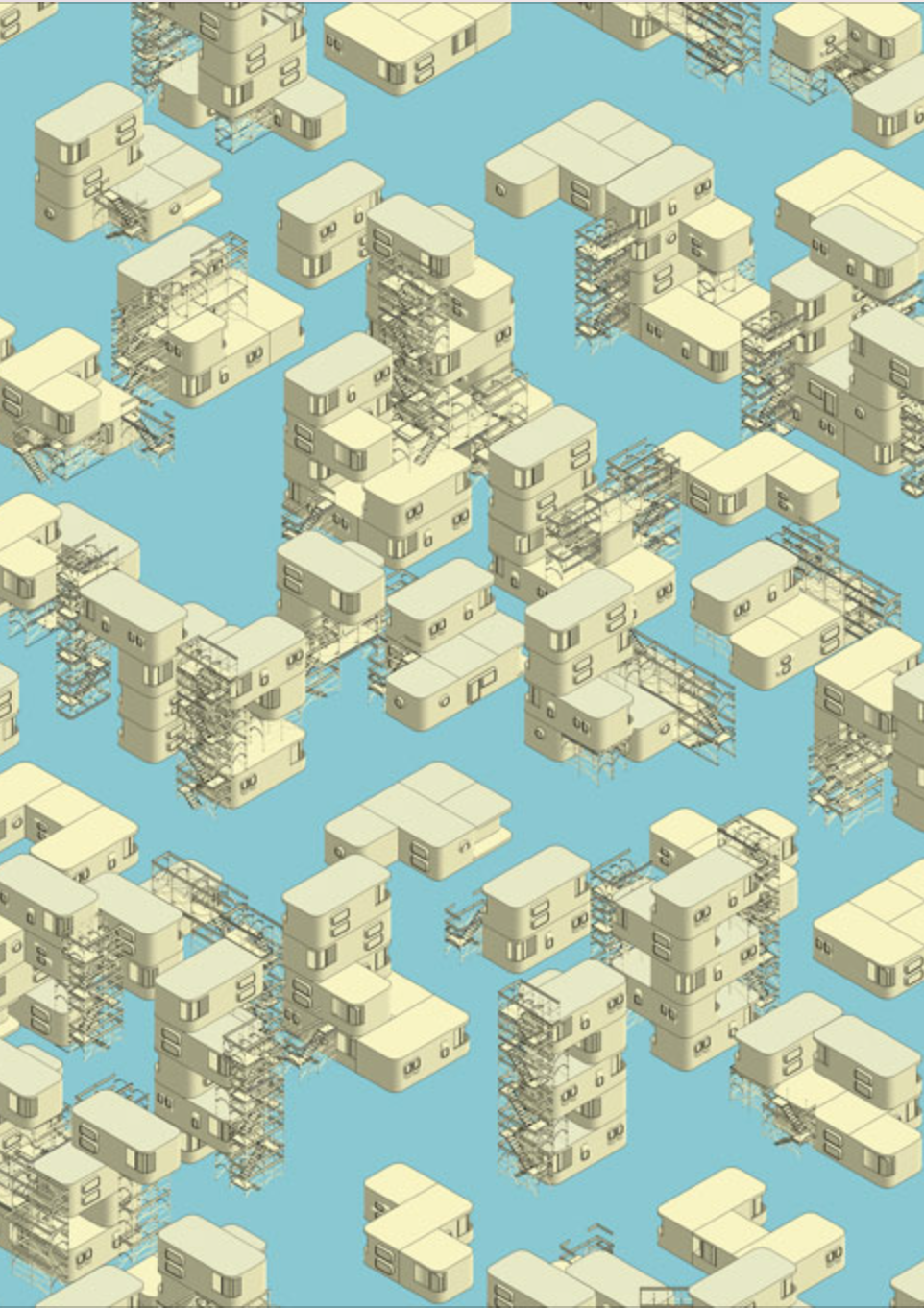 Central©ities means imagining different types of houses, different ways of living and designing the world around us. Ultimately it becomes the search for a methodology to provide a structure that surpasses the concept of modern urbanism in favour of principles of freedom and self-determination.

Central©ities are first and foremost a system, then a city, and finally – primarily – a living cell. It is a vision of a possible future as well as the memory of an archaic past: a scientific experiment and a mathematical model, the verification of a hypothesis, and the aesthetic translation of a numerical language.

Central©ities arise from a single living cell, the synthesis of principles and necessities of contemporary living: a minimalist house, not a small-scale one, but rather a device finalized and enclosed within itself, as a single dwelling or as complex multicellular aggregates in which the cyclic self-similarity of its evolution invades the frontiers of fractal geometry. It presents recursion as an expression of human habits, randomness as an identification of free will, and a few simple rules as tools for shape control.

This is SiSmAA, the algorithm designed to simulate, understand, monitor, and make Central©ities real. It is a model generated to demonstrate how the persistent search for a forthcoming ‘postulate’ of humanity – also provided by the imagination of writers, designers, programmers, and architects – could find validation in a society that aspires to a necessary Utopia.

If, as argued by Lewis Mumford, “the will-to-Utopia causes men to live in two worlds, and (…) therefore we re-read the Story of Utopias [as] the other half of the Story of Mankind”, Central©ities is the image of the world for which human beings strive, and also a metaphor of the real world in which they live.
Central©ities crystallizes an idea and shows its innermost aspects.