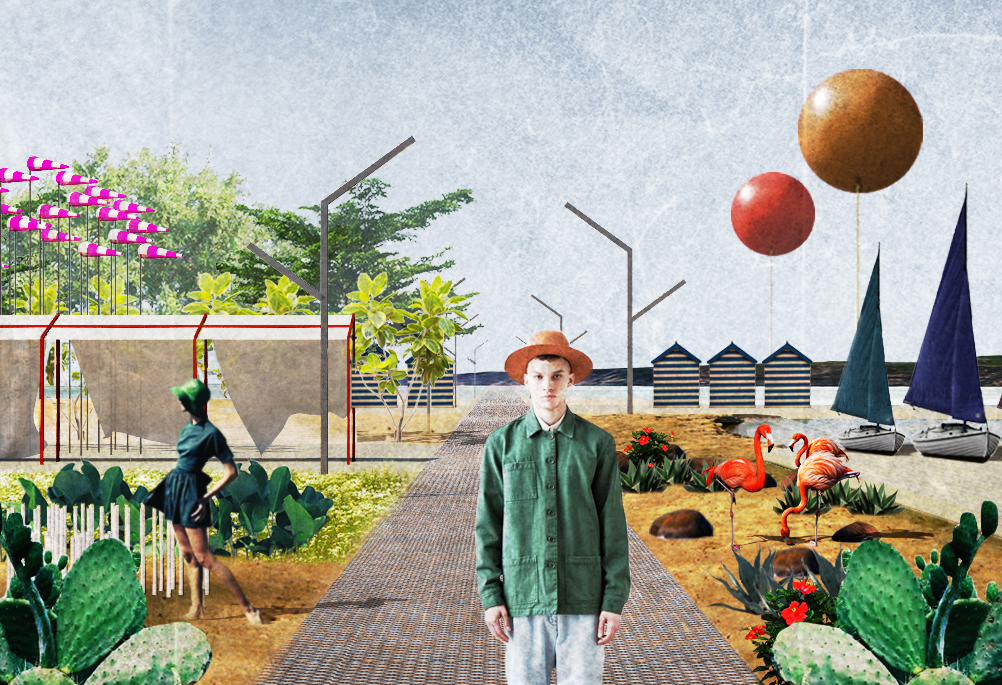 Phisyopolis is the overlapping of different layers and a decumanus maximus which holds them together. Those elements organize a combined system of simple and contemporary structures mixed to the Roman-Phoenician marks, giving new life to Salinella Park.

The peculiarity of the area, its considerable landscape and historical memory leads the design towards a project which wants to be not invasive and offer a dynamic public space able to reveal the archeological nature of the site.
Starting from the near Lilibeo archeological site and the urban analysis of a typical romanum castrum, the design reinterprets the elements such as the main path, which refers to the decumanus maximus. This one marks the whole area; it arises from the Salinaro house, the building which contains the activities offices, and ends with the pretoria door identified with the isthmus boundary.
The didactic path comes up beside the decumanus maximus. It is generated by the ideal signs of the ancient destruantur muri and guides the users towards the discovery of both the new public functions and the reinterpretation, through land art installations, of the roman period buildings.
The eight equipped platforms host the activities chosen to transform an abandoned site into a lively spot of public life, following a descending climax which, starting from the urban pattern, rarefy itself while reaching the last platform where there is an univocal relationship with the landscape.
On completion of this new layout, the vegetation undertakes a main role defining the boundaries. Inside the didactic path users can find a humanized landscape which wants to re-create the ancient structure of hortus romanus, while outside prevails the Mediterranean scrubs.