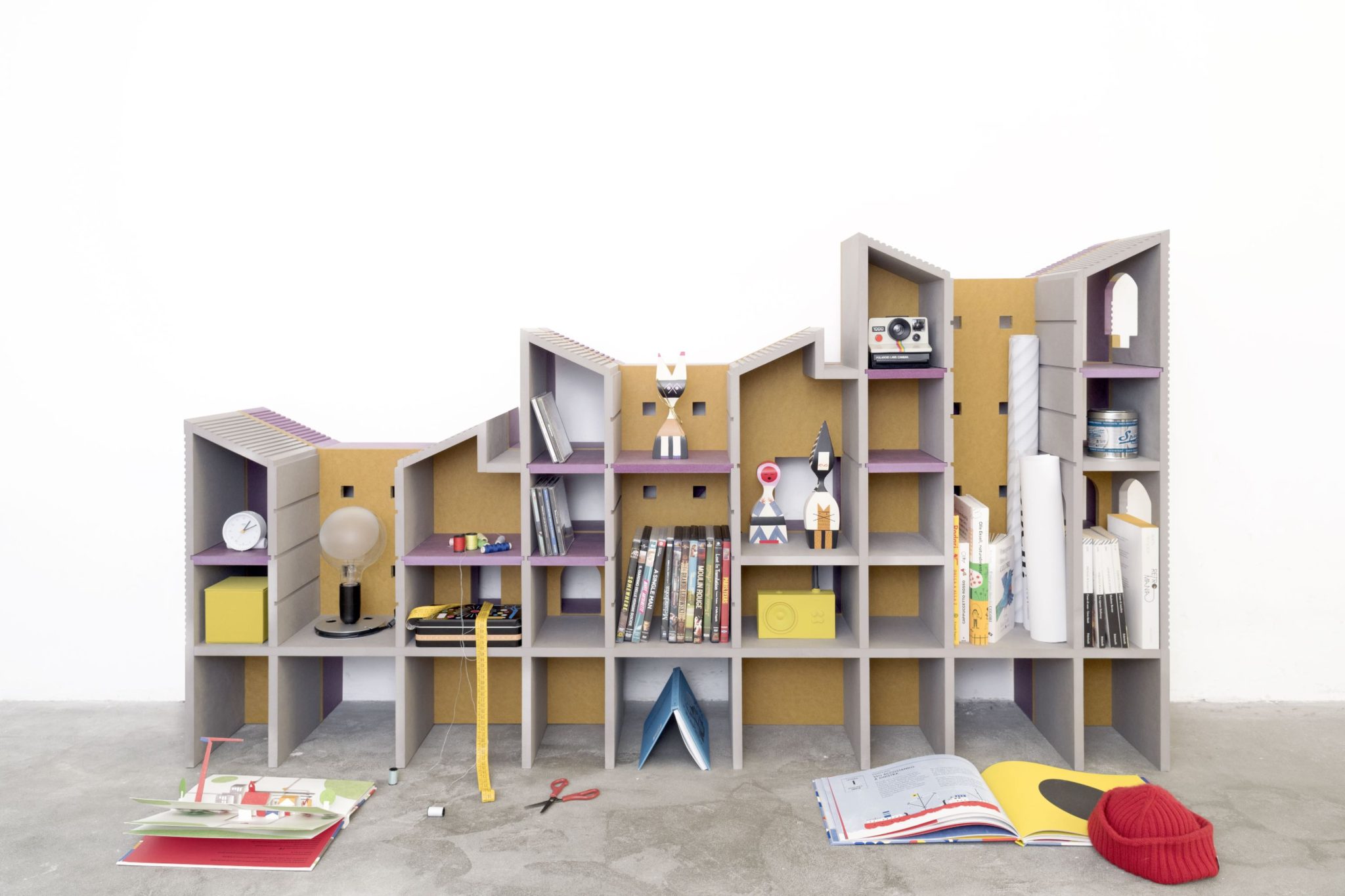 Initially conceived for the Unfolding Pavilion call for installations, the piece of furniture displayed during the Biennale is a prototype of an autonomous design object that could be assembled serially.

Gino, as we named it as a tribute to Gino Valle, is a piece of furniture made of coloured medium density fibreboards.

It has two sides, with different features: one side is a proper shelf that can host objects of different sizes and types (books, DVDs, kitchen stuff), and the other side is a doll’s house. It is composed of vertical and horizontal elements, some of which can be moved in different positions, changing the appearance of the piece of furniture. Gino’s original version has three colors: ocher, grey, and violet. The partitions of the shelf are grey, the dolls’ house structure is violet, while the vertical panel dividing the two parts is ocher. Thanks to its manifold concept, Gino can be placed in each house room: a bookshelf in the living room, a cupboard in the dining room, or a dolls’ house to play or place toys. It can be free-standing furniture, valuable to separate different areas in a unique space.

It is a playful object that interacts with its context.