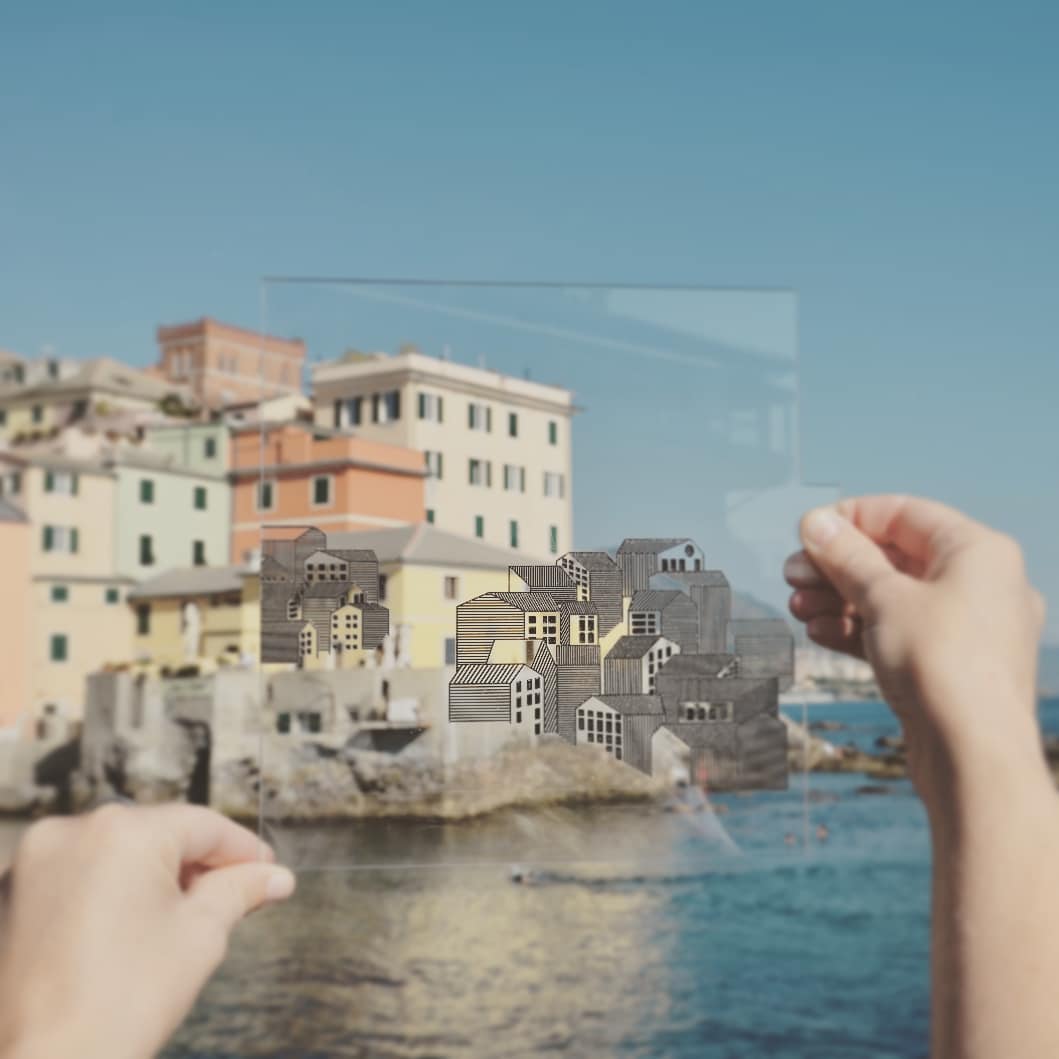 Imagining cities that could mean something to us, or perhaps not. How we would like them to be, or not to be, discovering that we could whisper to Kublai that what we save in our memory about all the cities we pass through is nothing but what we can remember about those we use to live in. As well as Procopia.

Like those found by chance in the attic, a box, dark and dusty, covered with that luster of time conferring dignity and beauty to even the simplest objects. Two knobs, a handle, and the reverential fear of something unknown that we must somehow approach. A box like a theatre, like a stage for a distant memory that has been transformed by the human imprint of a city that ever redefines its setting.

A hilly landscape, like those familiar to us, now proudly buzzing with life but also weary, friendly albeit cautious, rough by nature, inwardly shy.

A tribute to the Italian landscape, undermined by the speculative action of us all, gripped as we are by a greedy desire to leave our mark on that which surrounds us. It is a fixed image of our fragile environment, welcoming but stern, of nature such as to concede but never yield to those who neglect it.

A window that opens into a miniature world; a field of corn, a rowan tree, a wall, and a bridge straddling a ditch, and its dwellers searching for the remains of what has now become an overburdened landscape.

A prêt-à-porter scenery to be populated by those tiny, very round faces, with their elbows resting on their knees and their chins upon the head of the one right below. One building upon the other.

An “urban room” inspired by Aldo Rossi. A miniature theatre of “events.”

“Theatre is very similar to architecture because it has to do with a story–its beginning, its development and its conclusion. Without a story, there is no theatre and there is no architecture. It is also heart-warming that everyone gets to play their own small part.” [Aldo Rossi]